Place Vendôme is a square in the 1st arrondissement of Paris, France, located to the north of the Tuileries Gardens and east of the Église de la Madeleine. It is the starting point of the Rue de la Paix. The original Vendôme Column at the center of the square was erected by Napoleon I to commemorate the battle of Austerlitz; it was torn down on 16 May 1871, by decree of the Paris Commune, but subsequently re-erected and remains a prominent feature on the square today. 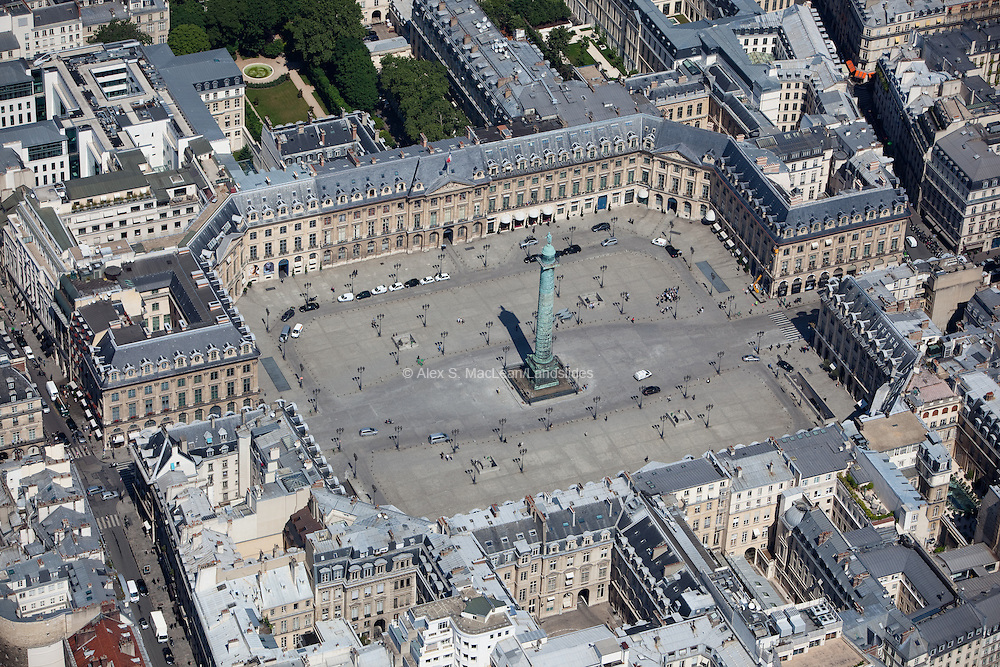