Interchange (road) [From Wikipedia, the free encyclopedia] High-capacity freeway interchange in Los Angeles, California.In the field of road transport, an interchange is a road junction that typically utilizes grade separation, and one or more ramps, to permit traffic on at least one road to pass through the junction without crossing any other traffic stream. It differs from an intersection, at which roads cross at grade. Interchanges are almost always used when at least one of the roads is a freeway, though they may occasionally be used at junctions between two surface streets.A stack is an interchange in which left turns are handled by semi-directional flyover ramps. In order to go left, vehicles first turn slightly right (on a 'right-turn' ramp), then go left on a ramp which goes over (or under) both freeways and connects to the 'right-turn' ramp in the opposite quadrant of the interchange. A stack interchange, then, has two pairs of left-turning ramps, which can be "stacked" in various configurations above or below the two through routes. Stacks do not suffer from the problem of weaving associated with cloverleafs, but require massive construction works. A basic stack involves roads on four levels, but in stacks including ramps for direct movement between high occupancy vehicle lanes, even more levels of stack can be needed; the interchange between Interstate 105 and Interstate 110 in Los Angeles County, California, is a five-level stack. This is not only expensive, but also unsightly, leading to considerable NIMBY opposition. Large stacks with multiple levels are sometimes referred to as Mixmasters in the United States. 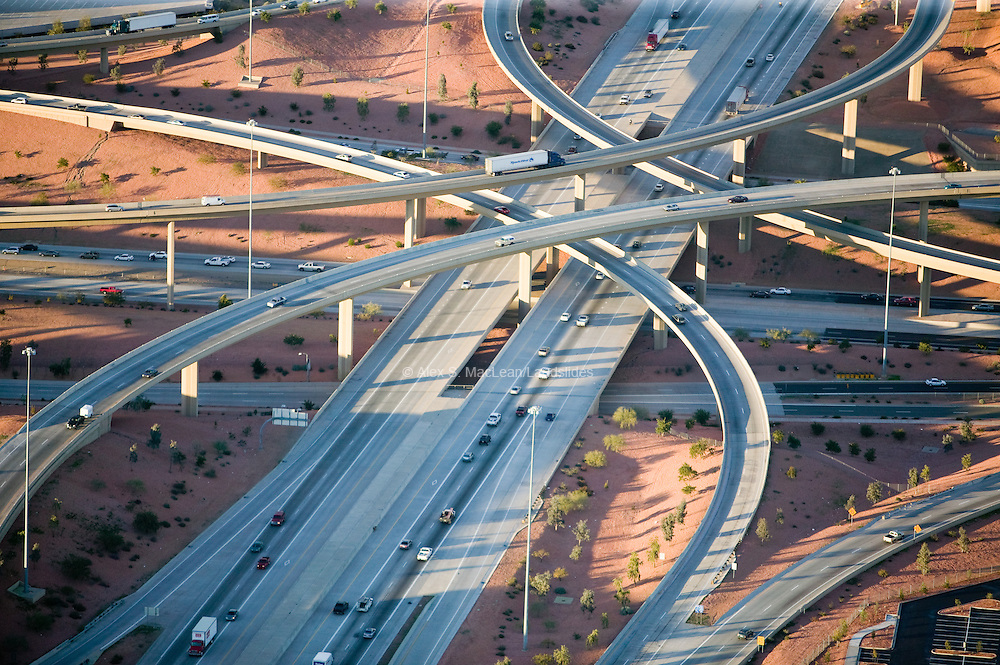